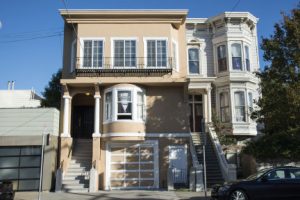 A group of women who have lived in San Francisco for 27 years are on the brink of homelessness just before the holidays, even after winning a coveted spot in an affordable housing unit. As it turns out, they earn too little and a city subsidy that might have helped didn’t make it into the budget.

Enter the Q Foundation, which runs a housing subsidy program for senior and disabled San Franciscans. Brian Basinger, the executive director there, hoped the subsidy of $500 a month would allow the family to accept the housing placement they were offered and move in. But with a restructuring of the city budget, Basinger said, those subsidies were not funded and the family is out of luck. 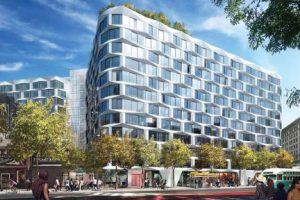 n a meeting that lasted nearly nine hours, the San Francisco Planning Commission voted in a 4-3 decision Thursday to deny an appeal against the 12-story development proposed for 950-974 Market St.—paving the way for the major development’s approval.

The appeal was filed against the project’s Preliminary Mitigated Negative Declaration (PMND), which allows the project to move forward without undergoing the state’s full environmental review process. Filed by Q Foundation activists Brian Basinger and Rick Galbreath—who hope to designate the area as an official LGBTQ historic district—the appeal requested a full environmental impact review (EIR) for the project due to its impacts on historic resources relating to the city’s LGBTQ social and cultural history. 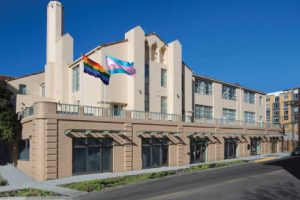 The first residents of a $16 million San Francisco affordable housing development intended for LGBT seniors began moving into their apartments this week, a month later than initially expected.

Brian Basinger, co-founder of San Francisco’s Q Foundation who had fought to see the 55 Laguna project be set aside for low-income LGBT and HIV-positive seniors, said that he had yet to hear that any of his foundation’s clients of its AIDS housing programs had been picked to move into the building.

“No one has showed up on my doorstep asking for a move-in deposit, which they normally do,” Basinger told the B.A.R. Tuesday afternoon. 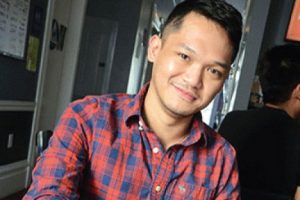 At first Paul Ernest Pingol-Eulalia adjusted well to his moving from the Philippines to Los Angeles in 2003. But the graphic designer’s life began to spiral out of control after he began abusing drugs and alcohol. He soon found himself living out of cheap motels and turning to prostitution to ensure he would have a roof over his head for the night. In March 2008 Pingol-Eulalia, who is gay, learned he had contracted HIV.

Fresh off its success at 101 Polk Street, where Q Foundation (formerly known as AIDS Housing Alliance) procured below-market-rate housing for six of its clients, the organization now hopes to help low-income and disabled LGBTQ seniors obtain some of the coveted BMR units coming to 55 Laguna on the border of Hayes Valley and the Lower Haight—the “first affordable, LGBT-welcoming housing” that’s opening to residents this fall.

From the guy who runs Apple to the queen who rules nightlife to the lady who coined #BlackLivesMatter, these are the Bay Area’s most influential non-straights.

ACTIVISM: Brian Basinger, Housing Advocate. The founder of AIDS Housing Alliance is trying to secure fair-housing protections for LGBTQs with the Equality Act, which will pass in Congress only when, he says wryly, “the Dems are in charge.”

Fresh off its success at 101 Polk Street, where Q Foundation (formerly known as AIDS Housing Alliance) procured below-market-rate housing for six of its clients, the organization now hopes to help low-income and disabled LGBTQ seniors obtain some of the coveted BMR units coming to 55 Laguna on the border of Hayes Valley and the Lower Haight—the “first affordable, LGBT-welcoming housing” that’s opening to residents this fall.

To that end, Q Foundation Executive Director Brian Basinger and Vanessa Doyle of the Mayor’s Office of Housing and Community Development will be hosting an affordable housing workshop, titled Worqshop, from 4-5:30pm today at the Main Public Library, 100 Larkin St.

The Bay Area Reporter by David-Elijah Nahmod • May 5th 2016

For the past 13 years, AIDS Housing Alliance/San Francisco has provided rental subsidies and help with back rent, among other services, for low-income people living with HIV/AIDS. On May 1, AHA co-founder Brian Basinger announced that the organization would be known as the Q Foundation going forward.